Our Catechists and Assistants

Theresa Bruton: Catechist levels I, II, and III
Theresa Bruton: Catechist Levels I, II, and III
I live in Lovettsville, VA with my husband and children. Coming from Minnesota with a degree in Elementary Education, my husband and I moved to Virginia in 1990 and spent the next eleven years traipsing around the world on diplomatic assignments.  Homeschooling came into play out of necessity, and after twenty years of that, I am now teaching at Good Shepherd School in Purcellville.  Our two youngest attend school there, and our big kids are off launching their lives in college and beyond. Our 5th child, Betsy, watches over us from heaven .
For me, The Joyful Child Atrium is the culmination of a variety of life experiences that all contributed to a deep desire to build up the Kingdom of God, particularly through the children. 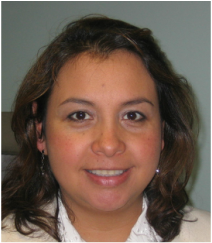 Liliana deCastro: Catechist Levels I and II.
Liliana deCastro: Catechist Level I, working on II
Caroline Vale:  Catechist Levels I/II:   I live in Lovettsville, VA with my husband, 7 children and am a parishioner of St. Francis de Sales.  I grew up in Chattanooga TN and after high school graduation, I traveled to Boston to attend Wellesley College where I graduated 3 years later with a double major in Classics and Religion.  It was during college that I went through RCIA and joined the Catholic faith. During college I met my husband and after graduation,  we moved to Hawaii where we had our first child.  It was not until ten years that I would be introduced to the Catechisis of the Good Shepherd program.  I fell in love immediately.  I enrolled my fourth child, a daughter and assisted occasionally.  The next summer I took my first training class to become a catechist.  After completing my Level 1 training,  I moved to Lovettsville and was happy to find The Joyful Child Atrium just a few miles away from my new home.  God provided the opportunity to become a teacher immediately.  I have enjoyed growing in my faith while teaching the precious children of The Joyful Child Atrium.  I have moved on to become a level 2 catechist and eventually hope to become a level 3 catechist.